The National Committee for an Effective Congress (NCEC) is one of the longest-standing progressive organizations in the United States. Since our founding in 1948, the NCEC has been at the forefront of many of the battles to protect American democracy.

In the summer of 1948, Eleanor Roosevelt together with Maurice Rosenblatt and Senator Harley M. Kilgore (D-WV) decided to create the NCEC. The idea was prompted by a visit from Senator James E. Murray (D-MT) to New York to raise money for his upcoming election. His opponent was well-financed by the Anaconda Copper Company—a company known for leveling forests, buying out local newspapers, bribing the legislature, murdering union organizers, and exporting their earnings out of the community [1]. The NCEC was founded to counter the corrupting influence of corporate money in politics by supporting the underfunded progressive opposition. 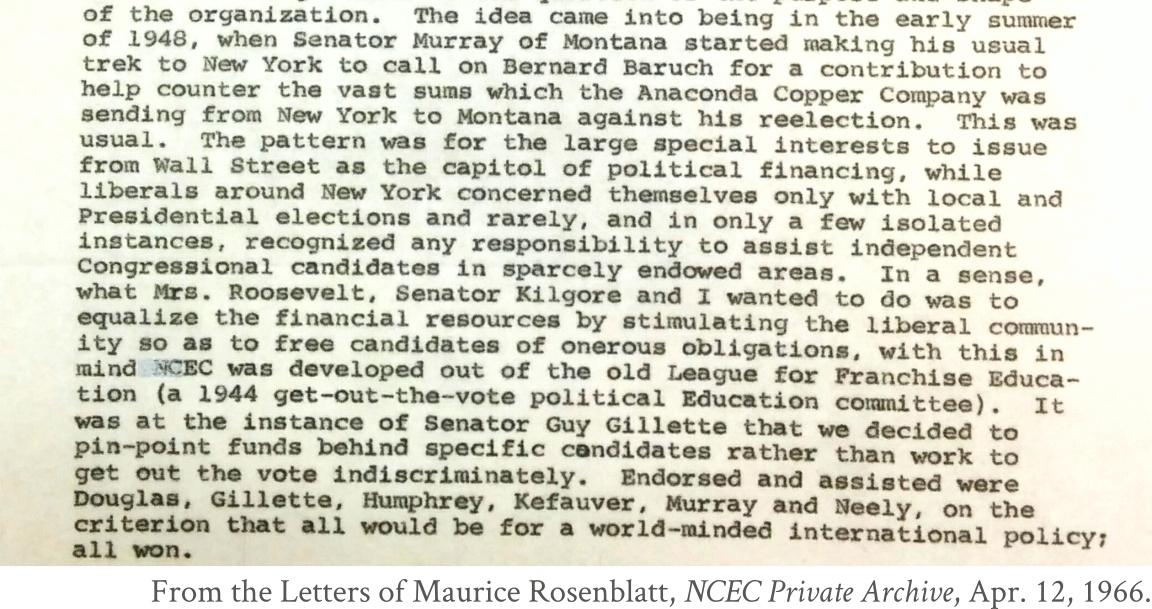 In the 1950s, Senator Joseph McCarthy (R-WI) stoked national hysteria, famously accusing thousands of Americans of disloyalty and claiming that the government and military had been infiltrated by a communist menace. To oppose the senator’s aggressive and paranoid abuse of power, NCEC co-founder Maurice Rosenblatt and several other members of the committee spearheaded a group of researchers who compiled the “McCarthy Clearing House” to aid Members of Congress and others who sought to counter McCarthy’s activities. [1]

The Clearing House contained thousands of documents including transcripts of interviews and speeches, political and legal analysis, travel logs, depositions, biographical information, handwritten notes, and press clippings regarding the unscrupulous activities of Senator McCarthy and his committee. Using this material, the “…NCEC helped devise the censure document, which was eventually read in the Senate by Senator Ralph Flanders (R-VT)”. [2] 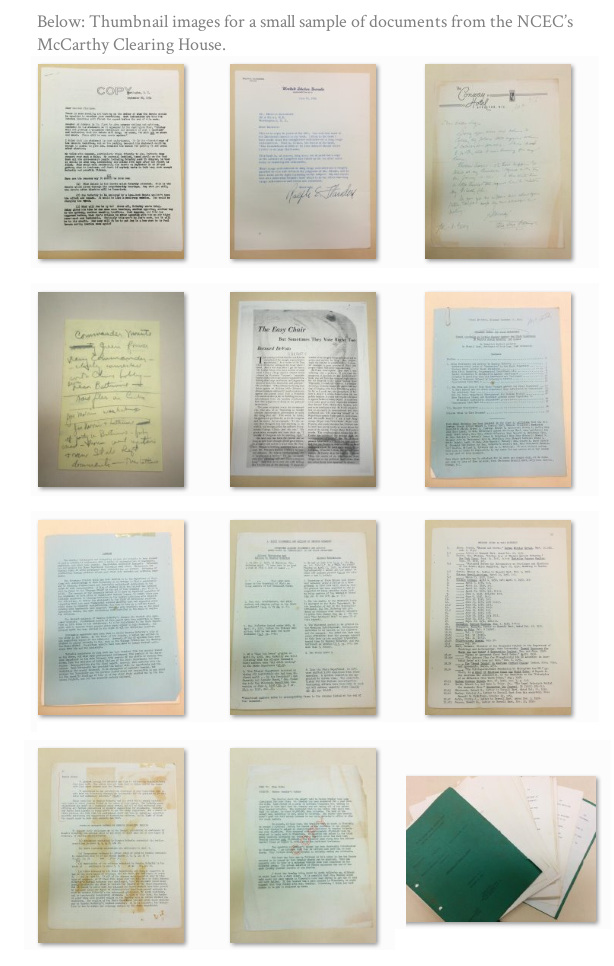 [1] Griffith, Robert. The Politics of Fear: Joseph McCarthy and the Senate. 2nd ed. Amherst: The U of Massachusetts Press, 1970. Web.

Starting in the late 1960s, the NCEC worked to limit money in politics. The NCEC authored the Campaign Broadcast Reform Act (S. 2876, 1969) which passed in both chambers of Congress but was vetoed by then President Richard Nixon. Despite early setbacks, the NCEC continued to work on and support various legislative actions in support of campaign finance reform. In 1971, the NCEC worked towards a legislative compromise that would see campaign finance reform finally passed into law with the Federal Election Campaign Act (S. 956, 1971). 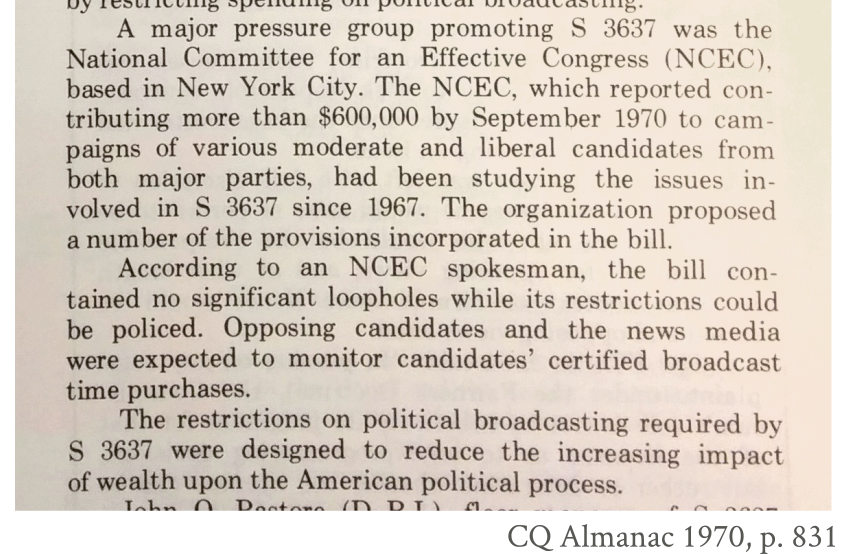 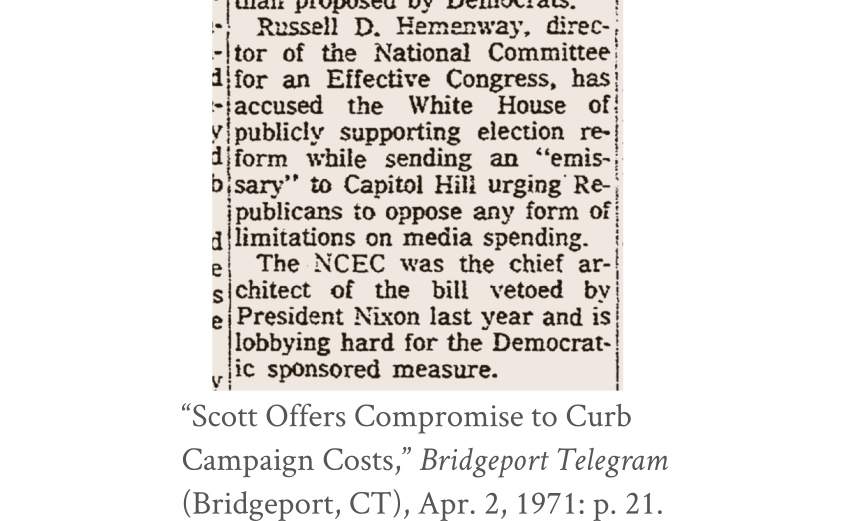 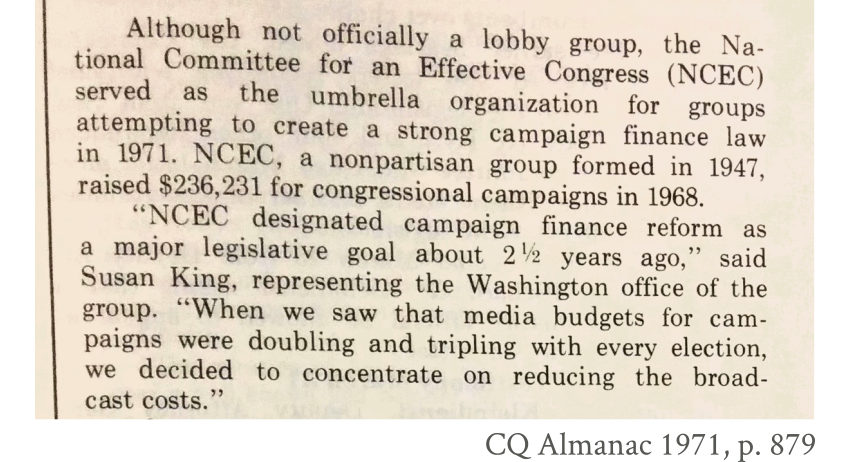 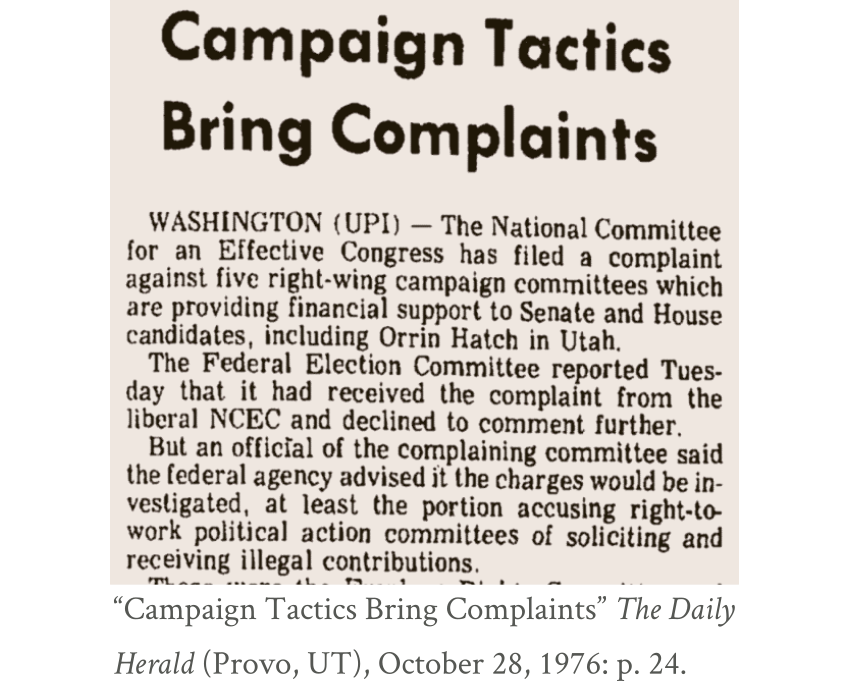 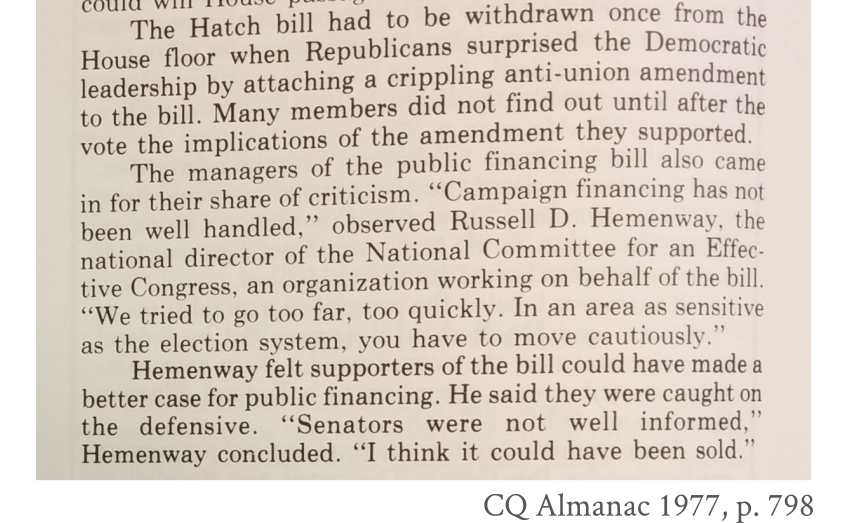 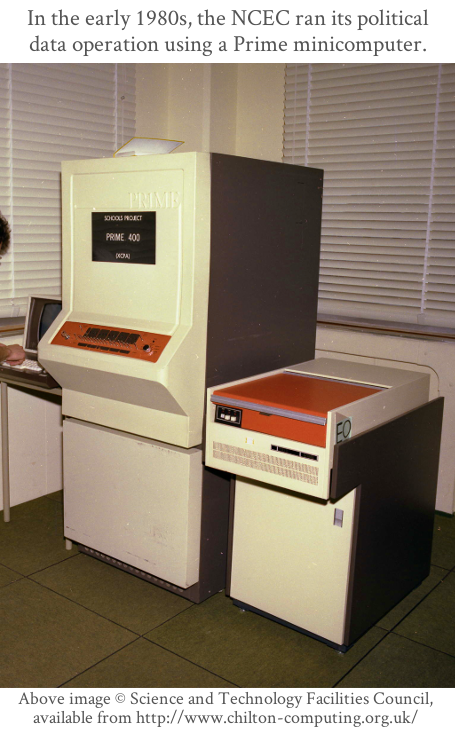 In the late 1970s, the NCEC started working to build a first-of-its-kind data operation. With an early focus on data-driven campaign planning, the NCEC helped to elect several hundred progressive progressive candidates to office.

While the initial project was managed on paper ledgers, it quickly outgrew its modest origins. By the early 1980s, the NCEC ran its data operation on a Prime minicomputer. After-hours, the Prime was available to the NAACP and other progressive organizations who connected via modem to run jobs remotely. And by the late ’80s, much of the data operation was run on IBM compatible workstations using FoxPro.

The NCEC has continued to innovate and improve its data operation throughout the years. Currently we work on Linux virtual machines using Python and JupyterLab.